Square but not too Conforming.

Sometimes it's nice to do squared pots, I like the pie dishes this way as they fit in the fridge or oven better. 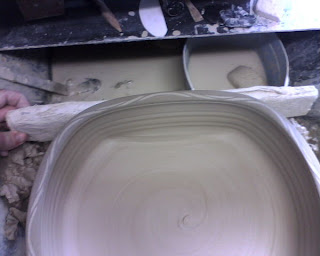 I use a piece of wood with some scrim wrapped around it to push the shape, I have cut out a D shape on both sides then pushed it shut before but I find this works just as well for me. 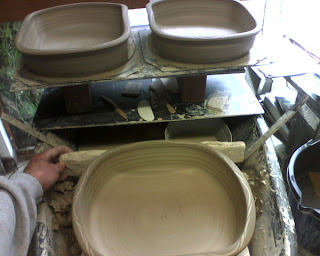 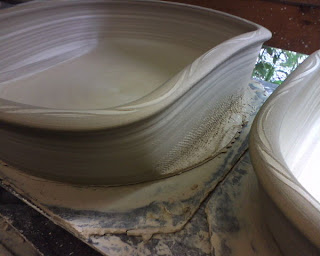 We like to put some Rutile slip (mixed with a wee bit of wood ash) on the rim then combed through when we have just thrown the pot (Before squaring the shape of cause). 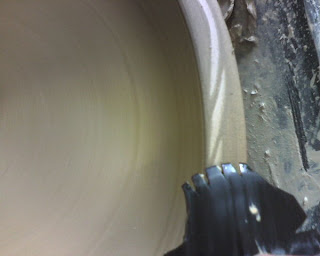 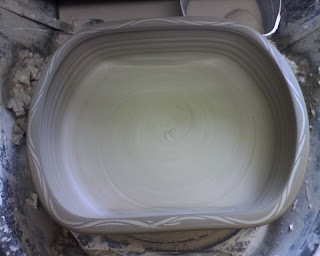 I use a towel to sit the pot on before trimming. 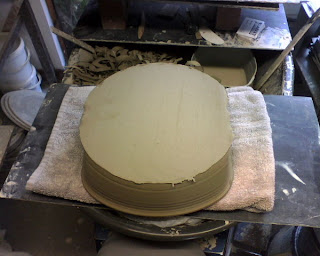 And a surform blade for shaping it square. 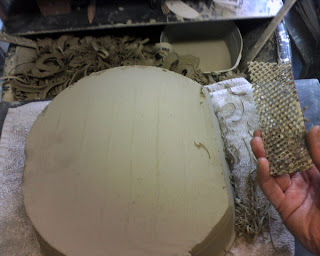 Then sponge it off. 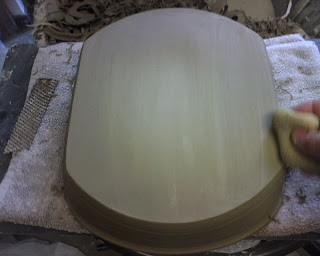 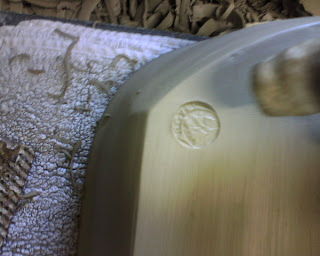 Ready for waxing the rim for glazing. 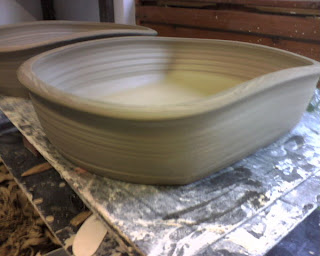 And this is what it should end up like. 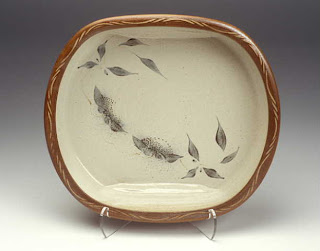 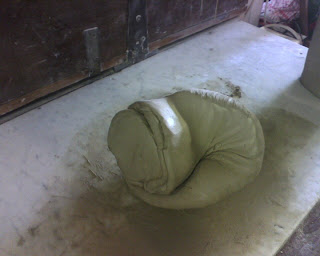 She can do it now, (I could say she's gone from being pants to a smarty pants! Especially with these breeks on.) 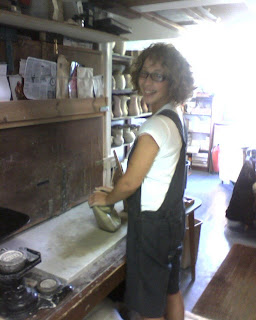 Someone else likes the new step for wedging too, it makes a great head rest when Nicola's foot is placed just so. (No need for high heels either). 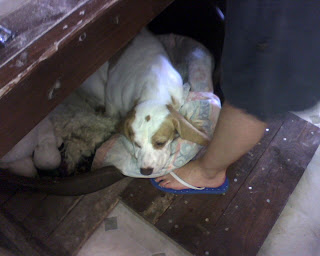 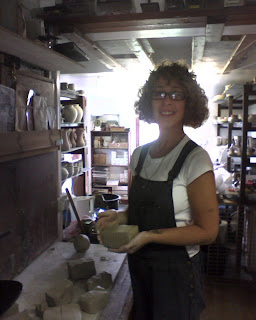 But she's still beating herself up over not getting things right first time!?! 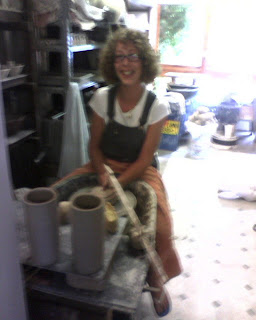 I got her on to throwing the tall squared vases and as her first vase was 2mm shorter than my one she said it was no good - OK Nx now we are getting a wee bit too conformist. 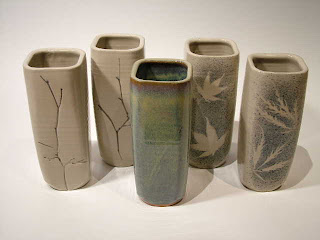 See I can't really see anything wrong with it, which one is Nx? 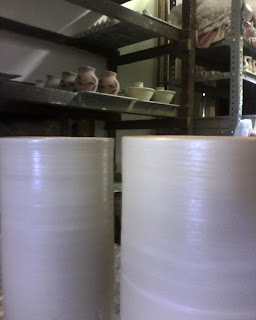 I do think some people have too little to do in their jobs though, I got a statement from the credit card machine company and it had this written on the back which made its self not only wrong but the paper redundant because you can't use it for notes so easily 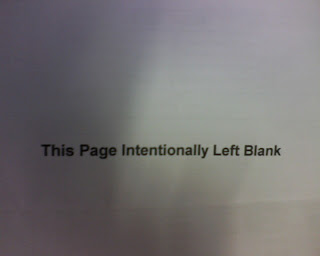 I didn't write anything here either

I'm not writing to say that I love the brown and white combination on the platter, it's really lovely!

The fired square dish is lovely. I like the idea of slip and combing on the rim. One question though...what is "scrim"...plastic wrap?

Hi Jerry. Scrim - they sell it for cleaning your car or motorcycle, something I don't do very often but it's cotton open weave cloth. PS, If anyone asks I didn't answer this question OK?

Alan, I showed the sequence of making the square dish to Marion, when she saw the finshed pot she
OH! that is Fantastic, she realy loved it.