Is there no peace? 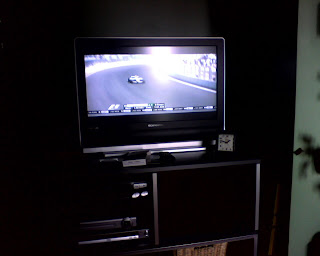 and looking at Seth Cardew making a hash of his kiln firing on Ang's blog site, (we can all make mistakes.) 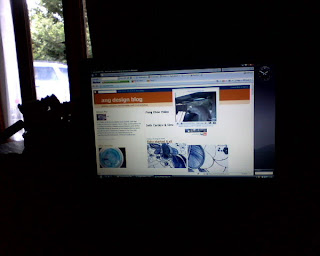 I was making seals too (Who says blokes can't multi task?) 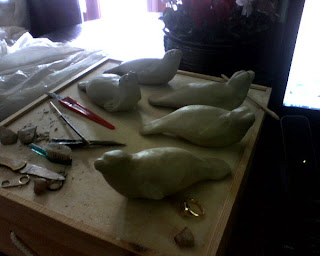 This is what the seals should end up like when fired. 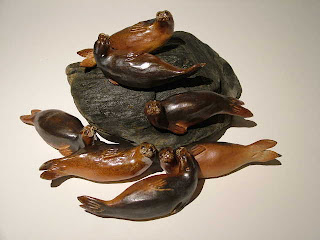 The common or harbor seals as they are called that we get around here a quite cute. 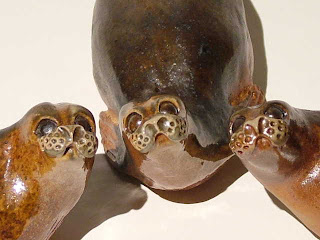 So is Murphy but we were both disturbed by the strange tapping sound from the fire place. 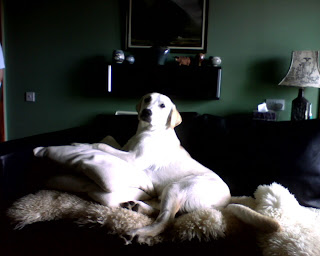 So I moved my old jug from in front of the multi fuel heater. 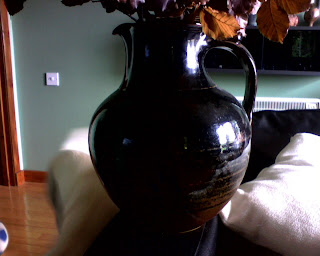 I haven't got a picture of the small rather dishevelled bird that had fallen down the chimney but I was trying to get it out of the room as quickly as possible rather than get soot all over the best furniture! 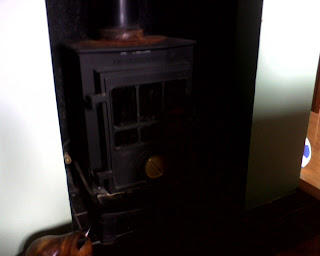 I just hope the poor wee thing is alright. He or she seemed to fly off OK anyway.
Posted by Alan from Argyll Pottery at 15:50

You have quite a knack for instilling personality into a piece of clay. Very cute little seals.

hey Alan, 'the son ofs team' just fascinate me...I'm always kiln researching and the saggar stacks are amusing...especially wood firing- we're off to damon moons place sometime soon to check out his, the only one in adelaide that i know of...

I seem to get quite a lot of my inspiration from my dogs expressions, as for going to see a wood firer - I would make sure of your are welcome first if he's firing as it's a very harrowing time (well it is for me when I'm firing!) there can be as much as 4 to 5 K's worth of pots in one of my firings so a bigger kiln is even more expensive to get wrong.

yeh i'm sure, we're still in the organising stage it's a bit of a road trip - I did a glaze theory class at uni a couple of years ago with damon he's a v. interesting guy..