Well I'm a bit confused - Hugh seems to be getting younger these days - NO wait a second that's Hugh's wee boy Ewan eating his Dad's piece!? (Piece - Scots word for Sandwich not the American for gun.) 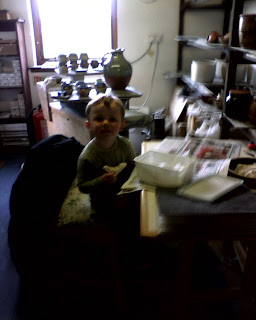 Today there was a chill in the air, it was as if time stood still, the Dandy Lion clocks were not telling the time. 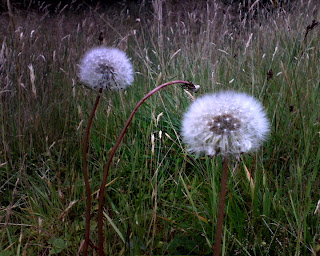 Even the poor Bumble bee's were just shut down when I took the dogs. 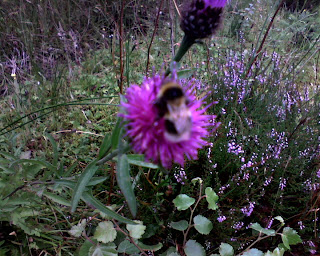 But birds, the swallows in particular were making up for the lack of movement by everything else. (You can see that there are five babies not two or three as I thought the last time I looked.) 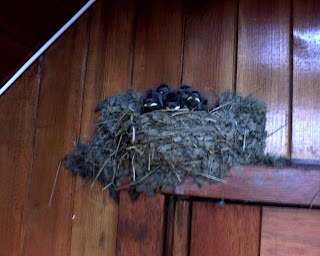 Went up to Glen Coe on the bike with Nicola this evening as she wanted to see where Glen Etive was. It turned out to be a bit late and a wee bit chilly by the time we got there so we didn't go the five miles down the glen, pretty as it is I am not too keen on riding down single track roads that I don't know that well at dusk, mainly because of other road users coming the other way, - must go earlier and in warmer weather next time. Sorry didn't get camera out to take pic's when we were there, spectacular though. 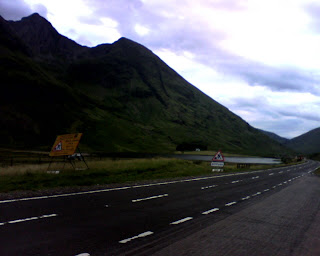 This shot was taken when Nx had her ciggy brake - (well nobodies perfect!) She was much more confident and therefor better and more comfortable on the bike this time and in spite of the cold she still says she loved it, now thinks she wants to learn to ride on her own (As I said in Tuesdays previous blog "what have I done?") 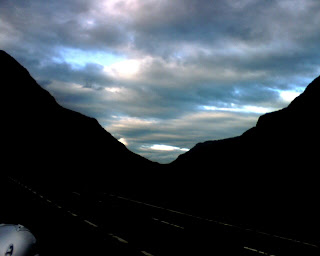 Saw the wild geese flying south as we came back (WOW! is time flying this summer?!?!!) Had a good sun set by the time we got back to Appin. Photo' doesn't do it anything like justice. 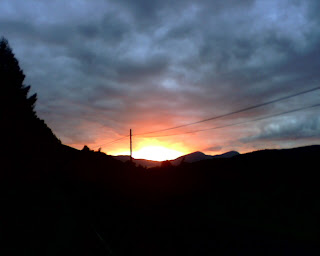 Well I am sort of ready for the music Festival "Connect" at the end of the month, my new Tent came today I love the way it works! You unzip the cover and Ta Dar' it's just there, (best not to get in the way when it shoots open and it's not quite such fun to put away but we managed and I hope it will do.) Got it from a link at The Gadget Show channel five (UK TV) Website for £21.95 ! 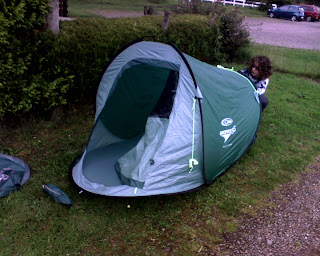 Neat A? I still have a bit of an aversion to camping though, I always think of that very short poem, now how does it go "Tents, nervous, headache!" 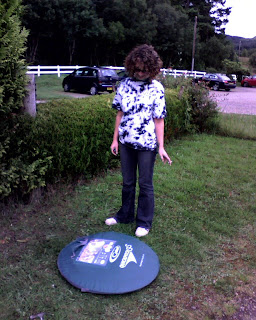 I think I got a photograph of the bank with the two different wood ashes on it this time, (see other blog). 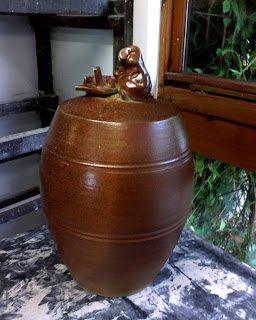 I said I'd try to show both sides of this Medium Tall vase of Hugh's with the copper blush on it so here it is, 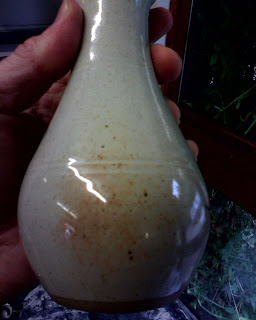 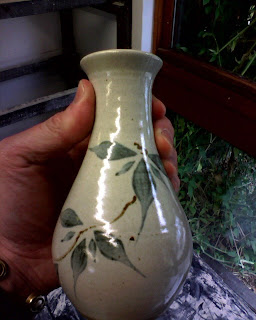 Time really is passing much too quickly for me this year, it doesn't seem more than a month since the season started and now the Rowen berries are out! As well as the geese going south, I suppose it's true, I'm told it's a sign of getting older. I hate that kind of talk though don't you? 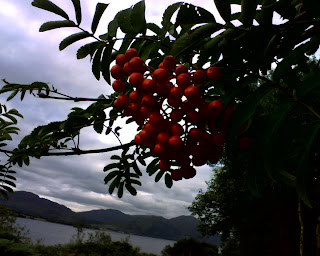 Just an other thought "Time flies when you're having fun"!


Posted by Alan from Argyll Pottery at 16:10

Rather youu than mme sleeping in that wee thing.. I like to go for a much sturdier looking tent myself. Hope it doesn't rain on you.

I intend to be so inebriated that it will not make any difference what the weather is doing.

Of that I have not much doubt.