I have been trying to put a video blog on here for about an hour now! It was one I did of Hugh throwing a tall mug but the phone video I have actually works the other way round from Nx!??? one so having diligently filmed it what I thought was the right way round I found it was on it's side AAARGH! Then I got an e mail from Hannah telling me of a great bit of soft ware that would sort my problem of sideways videos (from the other day) but it seems to change it on my computer but it goes back the wrong way when put up on the blog????!!!!! So no Hugh today. 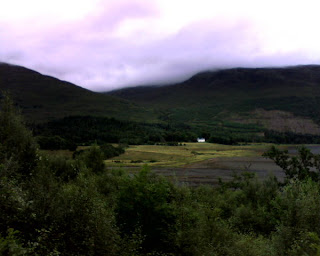 The weather is a wee bit trying too as one minute its sunny the next it wants to be dull or rain. This is just above Glasdrum up the glen where the old pottery was. 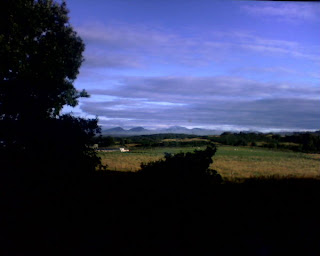 The field next door this morning. Then the forest this afternoon. 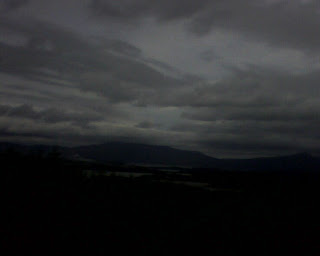 And Nicola had a bit of a trying day as she had to sort through her candle sticks to find which she should keep, there were three out of fifteen that bit the dust (or slops bucket). I think she was totally right in her choice and she has a good eye for the shape now. (Still a bit rubbish at kneading rams horn style though.) 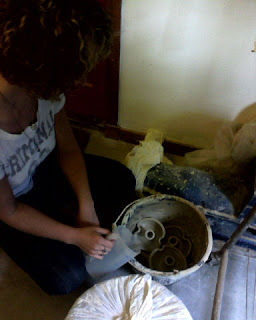 Six of the twelve that made it. 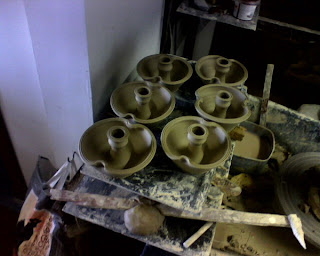 I also loaded the wee gas kiln for some honey pots of mine and wee fan vases that Nx made. We usually only use the gas kiln for tests but in the season we have to get the honey pots in somewhere that we make for sale full of wild flower honey from Colonsay a wee island off the coast from here. Fire it tomorrow, a potters work is never done( until that is the pots are fired). 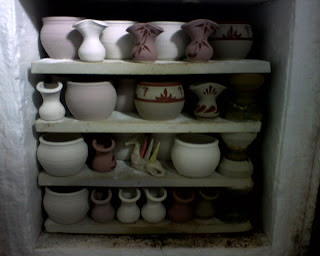 I will try to do another video of Hugh next week. (Do think it's funny though - all these people craning their necks to one side to look at the first videos we did.) I got a comment from Paul about the fact that we potters share ideas and technical advice, I always had Joe Finch my old boss as an example of someone open and helpful with anything he could be but the other thing to think of is what John Glick a potter from the USA said once at a lecture I attended "If 0.1% of the world likes hand made pottery and 0.1% of them like my pots I will never run out of business". So if you can help someone out along the way and it's not going to do you any harm why not help?

Posted by Alan from Argyll Pottery at 11:43