When you work with a very fine clay body like ours you have to learn how to knead the clay properly. 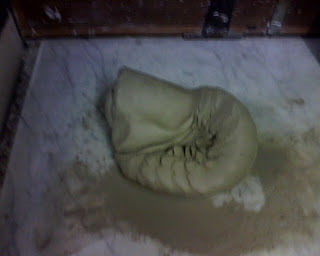 I am not sure how many hours we have spent trying to get Nicola to do the style of wedging we use (she is used to bulldog wedging not rams horn shown here), I think she's finally getting the hang of it but it's one thing she's been absolute pants at (I mean not very good at) getting the hang of. I expect bulldog wedging would work just as well but Nx says she wants to get the hang of it so as Robbert the Bruce said - try try try again. (Stop Press - It seems that there is a height issue! the wedging bench is too high for Nx so we will try to fix that, maybe she could wear high heels? No, OK I'll try a step, not so interesting though.) 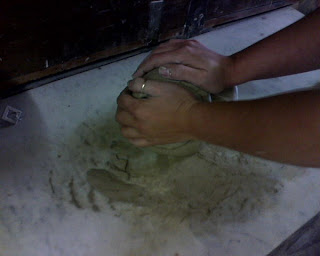 Went to the south of Oban last night, we were just out for a ride and saw the sign for live music, I turned around and we went down the tiny single track road to The Barn Bar, a great wee place, looks like nothing from the outside but when you get in its great. They said it was to start at nine but well - they were a bit late and so good we ended up being very late! 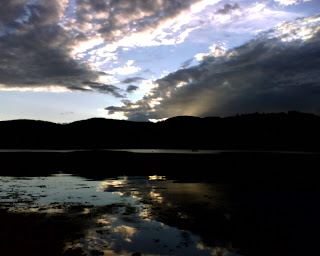 I love the way the sky can change so quickly around here from scenic to dramatic in a few minutes. 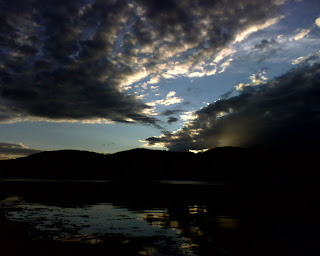 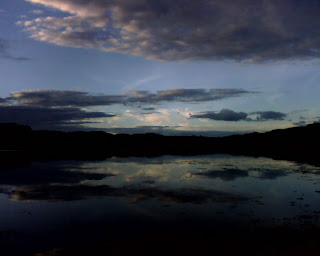 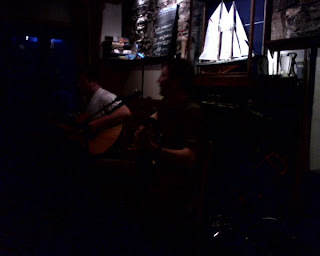 Got a bit chilly on the way home on the bike but it was great fun, Sorry I can't remember the name of the band.

Posted by Alan from Argyll Pottery at 00:39

Hi Alan, Nicola dosen't look like a very large person and I think that in order to wedge that way the surface would have to be lower for her than for you taller men, her foot placement would be important to be able to push down and rock, pivot the clay and transfer her weight from front foot and back foot - that kind of wedging is a whole body experience ! whereas the other is mostly shoulders and arms.
BTW I'm thoroughly enjoying your blog - esp. the "this is how we do production postings " and looks around the studio. Your pottery shows such a high level of skill and craftmanship. Colleen - Canada

That's true Alan, very good point made there. I did a couple of days with a Mr Richard Phethean and his bench was too high for me, made it really difficult.

I have checked with Nicola and you are quite right! I have to admit, I am trying to think how to fashion a 6 inch platform as I write, (I hadn't realised Nx was such a short a"£ - I mean only 5ft 6 tall, she seems some how taller).