What have I Done?

OK So I know I shouldn't take much notice of the weather forecast but as it seemed quite adamant that it is to be a complete wash out on Wednesday I thought I'd do the photo's then and just get on today with other stuff. I sort of went a wee bit Nessy with this seal, not sure it works? 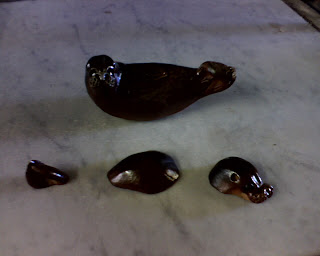 The clouds were amazing this morning, looks like we are hertaling though the sky at great speed (which I suppose we are really). 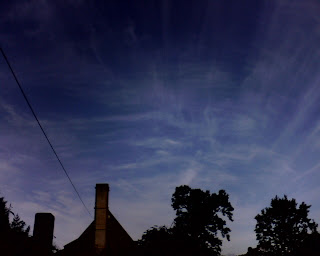 Got stuck in the big City of Oban at lunch time. 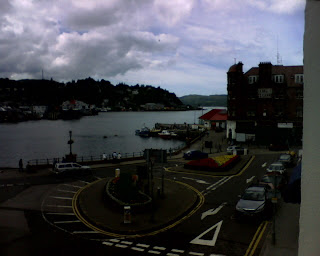 So I decided to go out on the bike this evening and Nicola decided to come too! I would like to apologise to Nx mum for making her officially a biker chick but she seemed to really enjoy it and (until tomorrow when she realises her madness) wants to come out on it again! 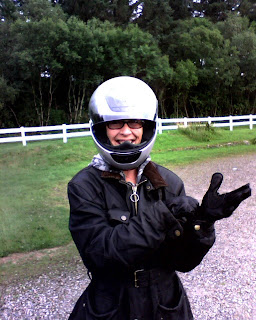 We went to Cuil bay in Duror where I have spent many a crazy hour as I grew up there from the age of about six to sixteen. 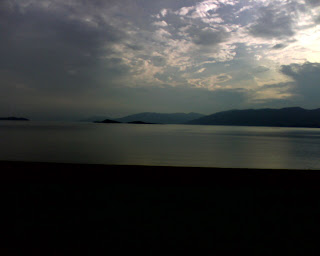 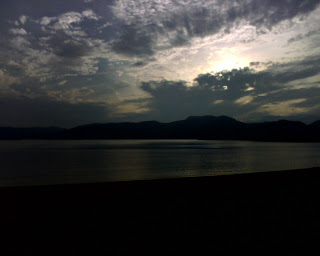 Well I think she looks OK in my Belstaffs don't you? And before anyone asks no Hugh would not be seen dead on the back of anyone's bike, He had a quite long biking history of his own until he had kids and went sensible (people Carrier and an estate car - poor Hugh!) 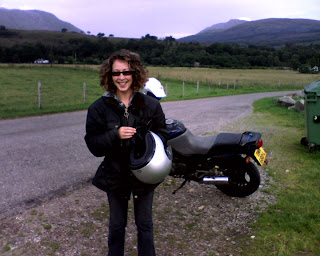 Posted by Alan from Argyll Pottery at 17:03

I'm not going to say anything!